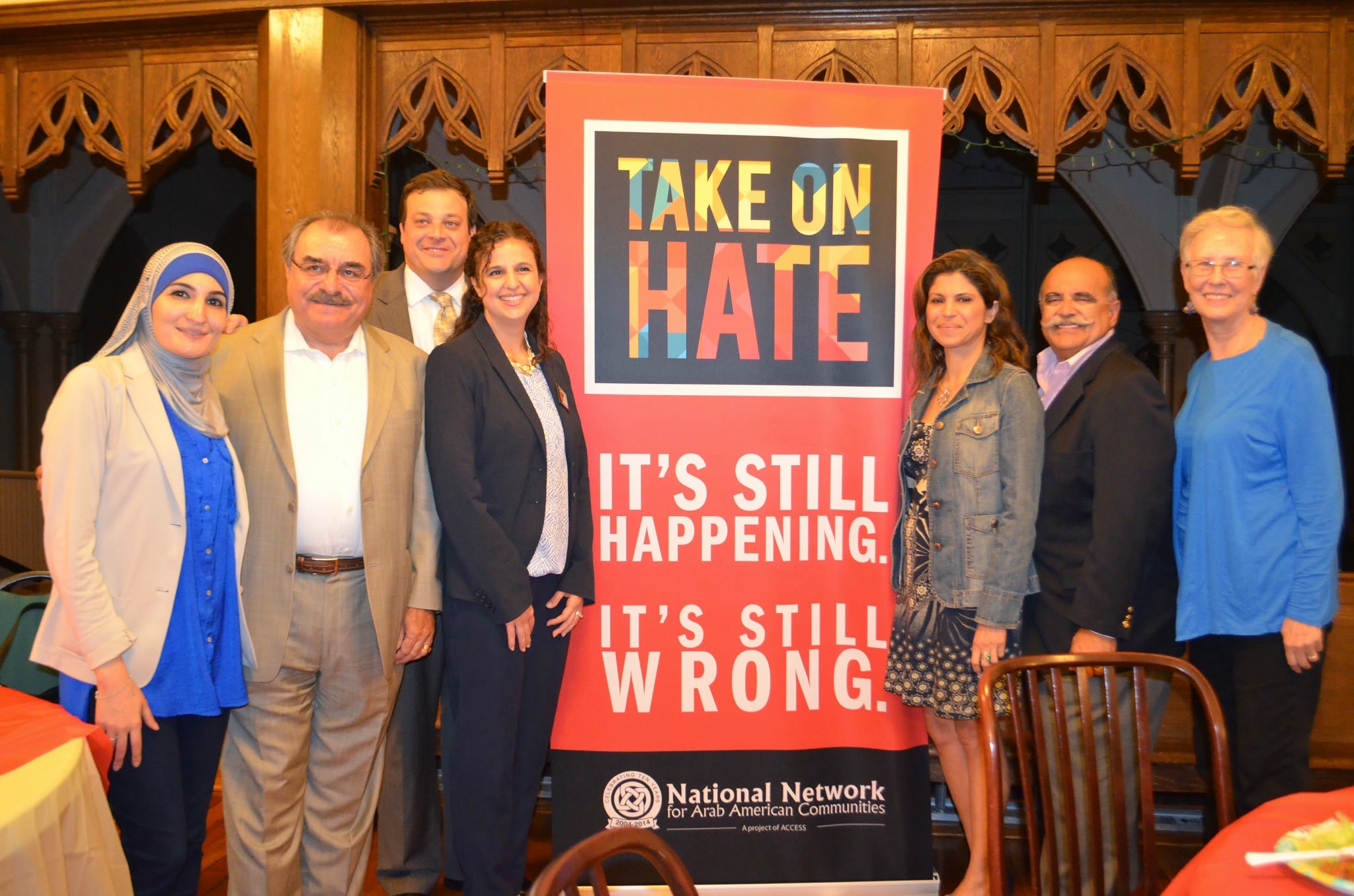 The Campaign to TAKE ON HATE opposes and stands against all forms of hate and bigotry toward any group of people.

In 2013, the National Network for Arab American Communities, a program of ACCESS, led a series of community meetings across the country to gain insight into what issues were most pressing based on their local experiences. In every meeting, bias and discrimination, including media bias and negative perceptions, were identified as being the main challenges facing the community. In 2014, the Campaign to TAKE ON HATE launched in four cities: Washington, D.C., Detroit, New York and San Francisco and has captured national attention through its message of dialogue and engagement.

As an alternative to the inaccurate portrayals of Arab and Muslim Americans and refugees, The Campaign to TAKE ON HATE will showcase the diversity, richness, and contributions made by these communities, while also demystifying their distorted image and challenging the acceptability of cultural bias. Through a coordinated grassroots effort, TAKE ON HATE increases awareness and education about Arab Americans and what they mean to our communities. We will empower the community with the skills, resources, and tools to become increasingly informed and engaged citizens.

The Campaign calls upon all Americans to address the current acceptability of prejudice toward Arab and Muslim Americans, to stand up for change, and to TAKE ON HATE.