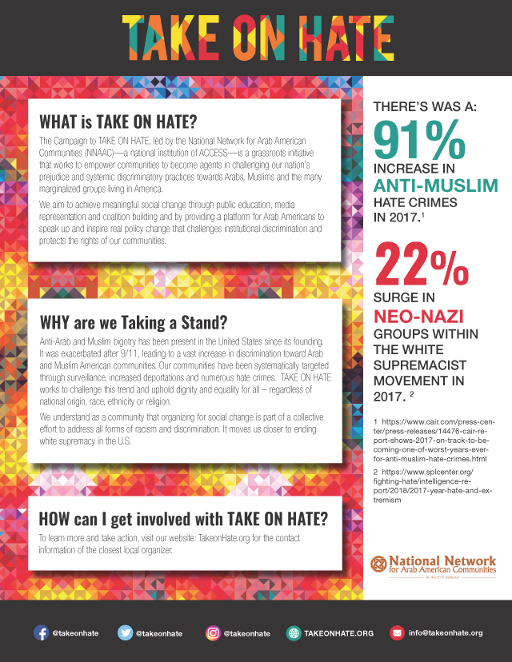 The bias inherently built into standing Federal, state and local policy threatens the very nature of our democracy. We have a responsibility as a nation to protect the rights of everyone – Arab Americans included. Without significant policy change, we jeopardize the rights of all Americans.

To change policies that negatively impact the community, or support policies that proactively aid the community, TAKE ON HATE will engage in national, coordinated advocacy; organize grassroots communities to take action and build power; and lead comprehensive online action campaigns.

Policies we will work to change include:

- Conducting Congressional hearings around post 9-11 abuses and profiling, and creating an official record of those cases

- Local policies, such as increased access to resources for the community