James Zogby: 'American attitudes towards Muslims are getting worse' (From The National)

"To reverse the trend, Arab Americans and American Muslims must do more to make themselves known through civic engagement, education, and political empowerment." 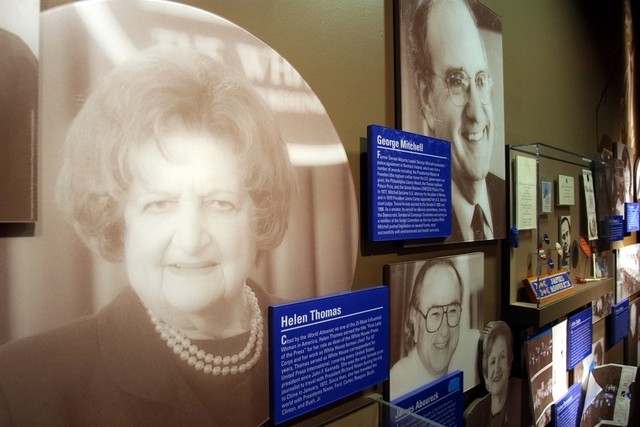 This past week the Arab American Institute (AAI) released its third biannual poll of American attitudes toward Arabs and Muslims. Conducted by Zogby Analytics, 1,100 likely voters were surveyed nationwide. The results are deeply troubling.

What we found was that there has been a continued erosion in the favourable ratings Americans have of both Arabs and Muslims, posing a threat to the civil rights and political inclusion of both Arab Americans and American Muslims.

A direct consequence of this disturbing downwards slide can be seen in the substantial number of Americans (42 per cent) who say that they support the use of profiling by law enforcement against Arab Americans and American Muslims and a growing percentage of Americans who say that they lack confidence in the ability of individuals from either community to perform their duties as Americans should they be appointed to important government positions.

In the responses to every question covered by the poll, we found a deep partisan split.

For example, when respondents were asked whether they believed individuals from either community could perform their duties in an important government post without their loyalties to their ethnicity or religion getting in the way – by a two-to-one margin Democrats express confidence in the loyalty of their fellow citizens who are of Arab descent or the Muslim faith. By the same two-to-one margin, Republicans said that they feared the loyalties of members of these communities would be compromised by their ethnicity or religion.

On closer examination, it appears that the differences in the attitudes of Democrats and Republicans mask a deeper demographic divide. Younger and non-white Americans have more favourable views and are more protective of rights and respectful of the loyalties of Arab Americans and American Muslims.

Across the board, the gaps between younger and older voters and white and non-white voters are striking. For example, by a two-to-one margin Democrats, younger Americans, and non-whites oppose the use of profiling by law enforcement against the two communities; while the attitudes of Republicans, older Americans, and whites are two-to-one in favour of this discriminatory practice.

Given the persistence of negative Arab and Muslim stereotypes in popular culture and the pervasive bias in media reporting, an explanation for these divides may be found in the different life experiences of these groups of Americans and the sources they utilise to get their news about the world.

Other polling by Zogby Analytics demonstrates that younger Americans have developed a more inclusive and tolerant world-view as a result of their broader exposure to the internet and social media. Older Americans, on the other hand, rely on more limited traditional sources of information.

Our polling establishes that an additional factor that is important in shaping attitudes toward Arabs and Muslims comes from direct exposure to Arab Americans and American Muslims. Americans who say they know either Arabs or Muslims have significantly higher favourable attitudes toward both (33 per cent higher in both cases) and also have greater confidence in their ability to serve in important government positions.

Another of the poll’s findings establishes that a majority of Americans say that they feel that do not know enough about Arab history and people (57 per cent) or about Islam and Muslims (52 per cent). Evidence of this lack of knowledge comes through clearly in other poll responses where respondents wrongly conflate the two communities. For example, by a two-to-one margin Americans say that they believe that most Arab Americans are Muslim, while in reality about one-third are.

The way forward is clear. Education about and exposure to Arab Americans and American Muslims are central to the efforts to create greater understanding of these growing communities of American citizens and to ensuring that their rights are secured.

The media has a role and politicians have a responsibility. Hollywood’s negative stereotypes and the media’s obsession with negative stories not only feed misunderstanding, they threaten the rights and security of American citizens who are of Arab descent or of the Muslim faith. Irresponsible political leaders who fuel Islamophobia must also be called to account.

But Arab Americans and American Muslims have responsibilities, as well. The communities must do more to make themselves known through civic engagement, education, and political empowerment. If the poll’s declining favourable ratings teach us anything it is that passivity has consequences. The challenge is clear and must be met.

James Zogby is the president of the Arab American Institute (AAI).
On Twitter: @aaiusa

Read the full article from The National.