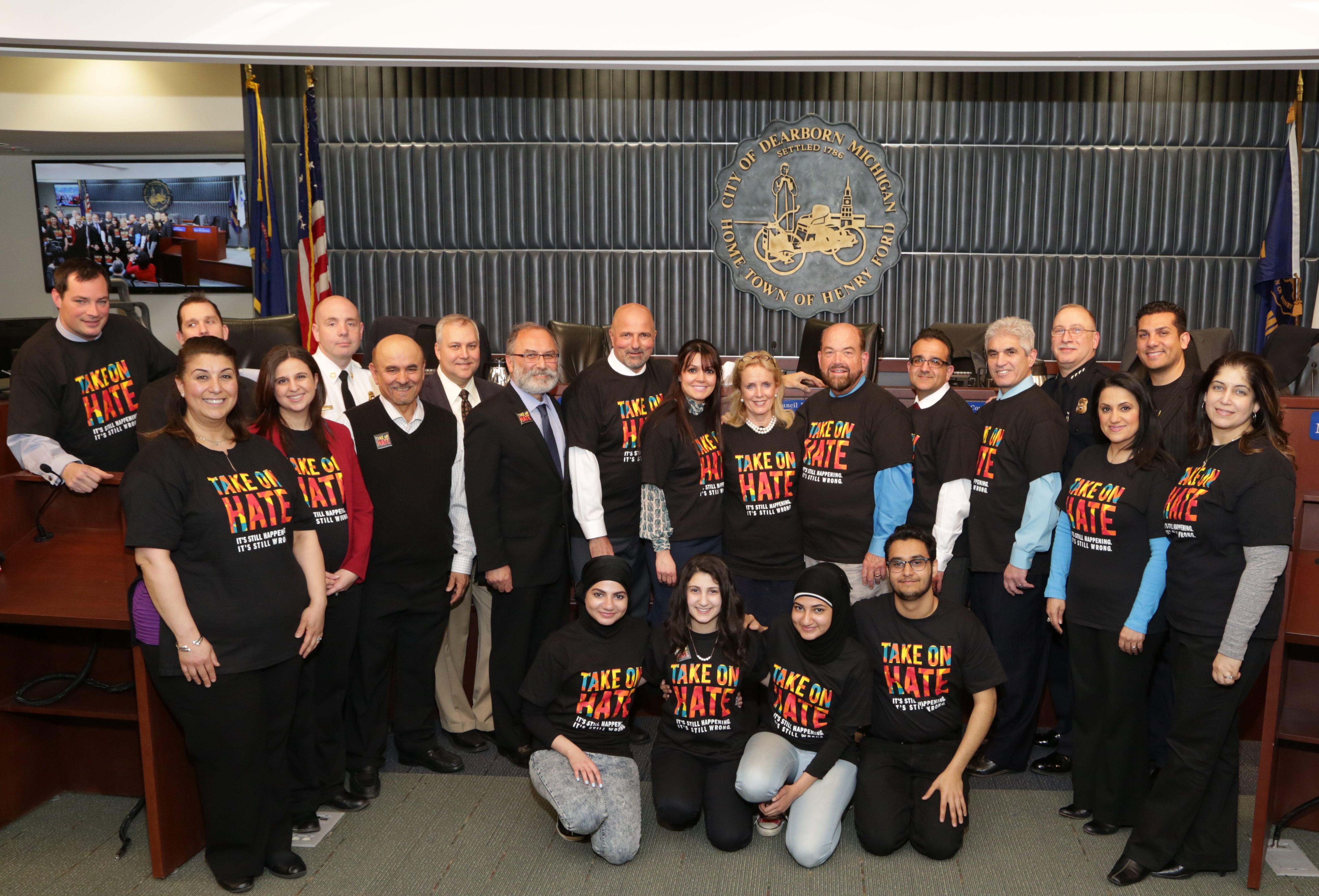 DEARBORN, Mich. – As support for the Campaign to TAKE ON HATE grows nationwide, officials in the City of Dearborn, known for its large Arab and Muslim American population, yesterday publicly endorsed the Campaign and its objectives.

At a meeting March 31, the Dearborn City Council, along with Congresswoman Debbie Dingell, D-Dearborn, publicly pledged their support of the Campaign, which strives to address bias and discrimination, particularly toward Arab and Muslim Americans, and stands against bigotry toward all people.

"I am proud to stand with the Dearborn City Council and the Campaign to TAKE ON HATE,” said Dingell. “We all want our community to be a place where everyone feels welcome and respected. You cannot fight intolerance with intolerance, and this resolution sends a powerful message that we are united in our efforts to counter stereotypes, overcome prejudice and end hate.”

Council President Susan Dabaja introduced a resolution to officially join the Campaign to TAKE ON HATE, led by the National Network for Arab American Communities (NNAAC), a project of Dearborn-based nonprofit ACCESS. The resolution passed unanimously.

“It’s not just about the Arab American or Muslim community. It’s about everyone here in this room,” said Dabaja at the meeting.

The support of elected officials is essential to the Campaign. The bias inherently built into many government policies jeopardizes the rights of all Americans, including Muslims and Arabs. TAKE ON HATE aims to change the policies that negatively impact communities while supporting those policies that proactively aid communities.

"The Campaign to TAKE ON HATE welcomes the support of the Dearborn City Council and Congresswoman Debbie Dingell.  We appreciate their promise to stand with us against hate that leads to violence and targeting of people because of their faith and ethnicity,” said Nadia Tonova, executive director of NNAAC.