Trump’s ban on Muslims, shut down of borders criminalize our communities

Our country is a nation of diverse communities with people of all identities and backgrounds.  Through our constitution and our core American values of freedom and equality,  we promise to protect all people no matter their ethnicity, race, faith, sexual orientation, or gender. When these values are not upheld, we must call out the hate and discrimination and stand up for those who are unjustly targeted.

The Trump administration is turning bigoted rhetoric that was the foundation of Trump’s presidential campaign into bigoted policy, less than a week into holding office. The ban on Muslims and shut down of our borders are the first steps in a Trump-era agenda that criminalizes entire communities based on their nationality and origin. In this country, we do not ban, register, or deport people based on their background or identity. We are better than state-sanctioned bigotry.

Several executive orders from the Trump administration will target immigrants and refugees and continue a pattern of criminalizing (i.e. through surveillance) our communities and other communities of color:

“We cannot criminalize and target entire communities based on their nationality and origin. Now, more than ever, is the time to get organized and stand up for equality and justice for all,” said Nadia Tonova, Director of the National Network for Arab American Communities, which leads TAKE ON HATE. 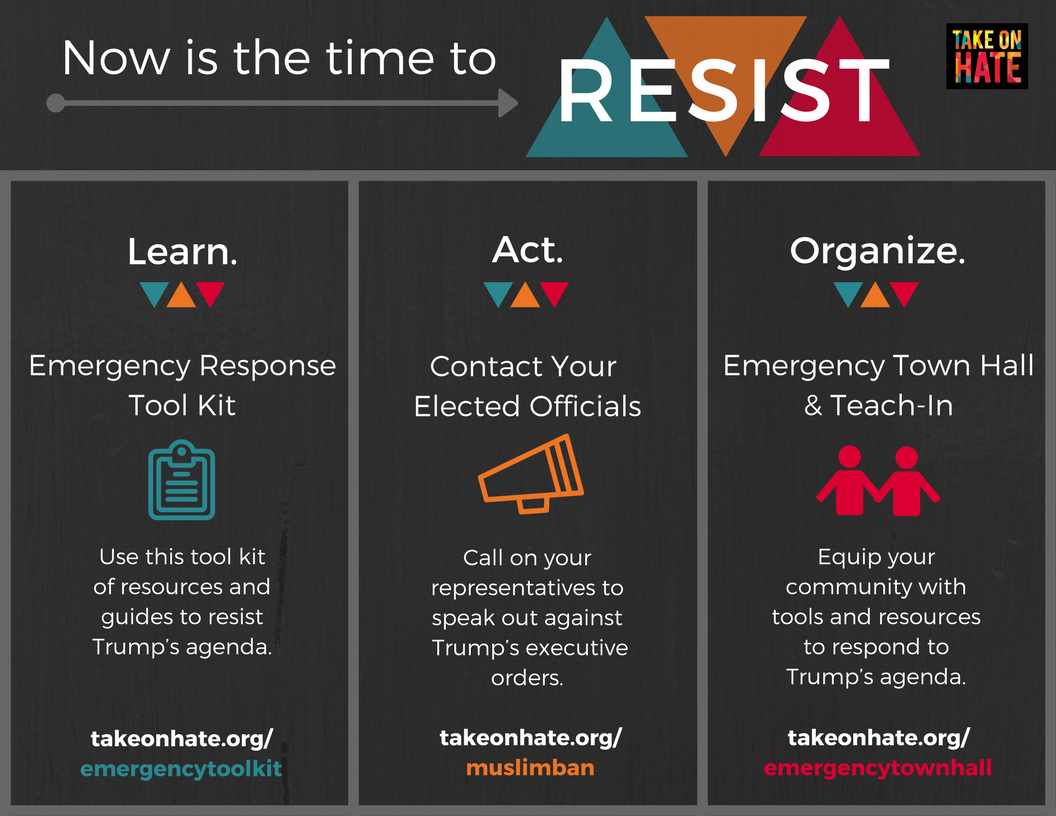 Now is the time to resist.  Follow TAKE ON HATE as we share updates and ways you can take action directly:

All Americans should have the freedom to live without fear, intimidation, or threat to their safety. Our nation is stronger when we stand united against hate and united under our common values.