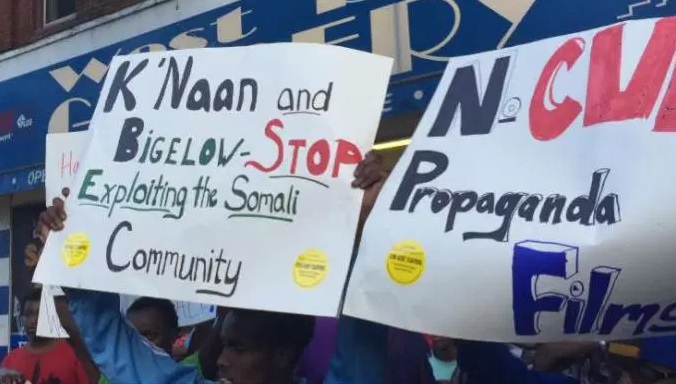 TAKE ON HATE stands firmly against the proposed HBO series entitled “Mogadishu, Minnesota,” that is being piloted by Somali Canadian rapper K’naan and film producer Kathryn Bigelow. In solidarity with the Somali American community in Minnesota, TAKE ON HATE is staunchly opposed to this series and calls for it to be pulled from production to halt further stereotyping of Somali Americans, Muslim Americans and Muslim immigrants.

As reported in Minneapolis’ Star Tribune, “Many Somali Americans in Minnesota fear it will depict them as terrorists, reinforcing a stereotype and further marginalizing young people who already feel burdened by negative portrayals that they say prevent them from getting jobs and respect.” There is real fear within the Somali American community that the series will pose as propaganda for the Countering Violent Extremism (CVE) profiling and surveillance tactics, currently being piloted in U.S. cities, which is a controversial program that targets Muslim and Arab Americans.

Kathryn Bigelow, executive producer of the piloted project, is known for her work such as The Hurt Locker and Zero Dark Thirty, which have received mass criticism and rejection from the populations that are the subjects of her negative portrayals.  Based on her track record, as well as what we understand about the series as it is currently written, we fear that this HBO series will only succeed in “othering” all Muslim Americans and Muslim immigrants, a very dangerous perception especially in the current political climate.

We invite you to join us and Minnesota’s Somali Americans to #TakeOnHateWithAction by opposing the HBO series “Mogadishu, Minnesota.” Sign the Change.org petition to pull the series!