Linda Sarsour: 'Don't be shocked that the US spied on American Muslims. Get angry that it justifies spying on whomever it wants.' (From The Guardian)

"There are two sets of laws here: one designed for dissidents, political activists and Muslims – and another for everybody else." 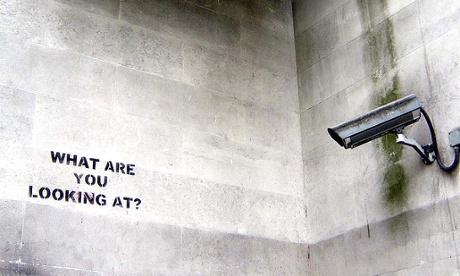 What do a Republican candidate, a military veteran, a civil rights activist and a professor have in common? They are all American Muslims – and all have been subject to pervasive surveillance by the NSA and FBI.

A report published by The Intercept on Wednesday reveals that the two agencies used secretive procedures designed to catch terrorists and spies to monitor the email accounts of prominent American Muslim leaders. Among the documents supplied by Edward Snowden, a spreadsheet titled "FISA recap" contains 7,485 email addresses apparently monitored between 2002 and 2008. (The report also clearly documents how biased training by the FBI leads to biased surveillance, and that calling Muslims "ragheads" is everyday lingo at federal law enforcement agencies.)

These revelations demonstrate that there are two sets of laws in the United States: one designed for dissidents, political activists and American Muslims – and another for everybody else. But nobody is safe when one group is singled out: if our government can simply decide with little or no oversight to monitor the personal email account of an American Muslim Republican military veteran, then it can decide to monitor any of our emails, too. That should strike fear into the heart of every American who values our freedoms.

While some may be surprised – even incredulous – that our government would pick surveillance targets with no evidence or reasonable suspicion, they shouldn't be. The United States has a long track record of targeting prominent US activists for their First Amendment-protected activities. The number of Americans subjected to surveillance over the past few decades includes Muhammad Ali, Reverend Martin Luther King Jr, and Washington Post columnist Art Buchwald. And let's not forget that Nobel peace prize winner Nelson Mandela was put on the terrorist watch list and on the no-fly list and that Congress had to pass legislation to get him removed – in 2008. Earlier this year, it was reported that the CIA spied on the Senate Intelligence Committee – the Congressional body charged with oversight of the agency.

As an American Muslim and an outspoken civil rights activist, I already know that my organization has been the target of unwarranted surveillance by the New York Police Department (based on documents revealed by the Associated Press in 2011). It wouldn't be far-fetched that I was or am also a target for the FBI and NSA, even though I am a Brooklyn-born US citizen and proud American: apparently, just beingMuslim is enough to make the government suspicious and justify intrusive surveillance.

According to the Wall Street Journal, the court that approves the surveillance of Americans without traditional warrants (or the protections they insure) has granted more than 99% of the surveillance requests made by the government over the last three decades. So in essence, a secret US court currently rubber stamps our government's paranoia about Muslims. If a foreign court approved anything close to 99% of law enforcement requests it received, many of which just happened to related to outspoken government dissidents, then our government would rightfully question their legitimacy. But when the US government does it, we're told to trust in the government employees who are supposedly protecting us from terrorism.

The United States government is based on a system of checks and balances but, for too long, there has been no substantive check on government surveillance.

With every new surveillance revelation, our government assures us that this was all "legal" – but "legal" does not always mean right or moral, and it is not the role of the executive branch or its law enforcement apparatus to determine what is legal. Slavery was once legal. Forcibly removing and relocating Native Americans was once legal. The indefinite internment of Japanese Americans was once legal. Those will forever be stains on our nation's history and call into question its commitment to the freedoms on which this nation was supposedly founded.

It is time for our government to admit that spying on First Amendment-protected activities is unconstitutional, and that does not keep us safe. We should focus our resources and energy on real terrorists, not Americans who chose career paths to uphold the civil and human rights of all people (and who just happen to be Muslim). The government has proven, time and again, that it cannot be trusted to make these decisions in a vacuum and without real oversight from the courts and the people. For the sake of our democracy, warrantless surveillance must end.

Linda Sarsour is the National Advocacy Director for the National Network for Arab American Communities (NNAAC), the Executive Director of the Arab American Association of New York and lead organizer for The Campaign to Take on Hate. Follow her on Twitter at @lsarsour.

Read full article from The Guardian.