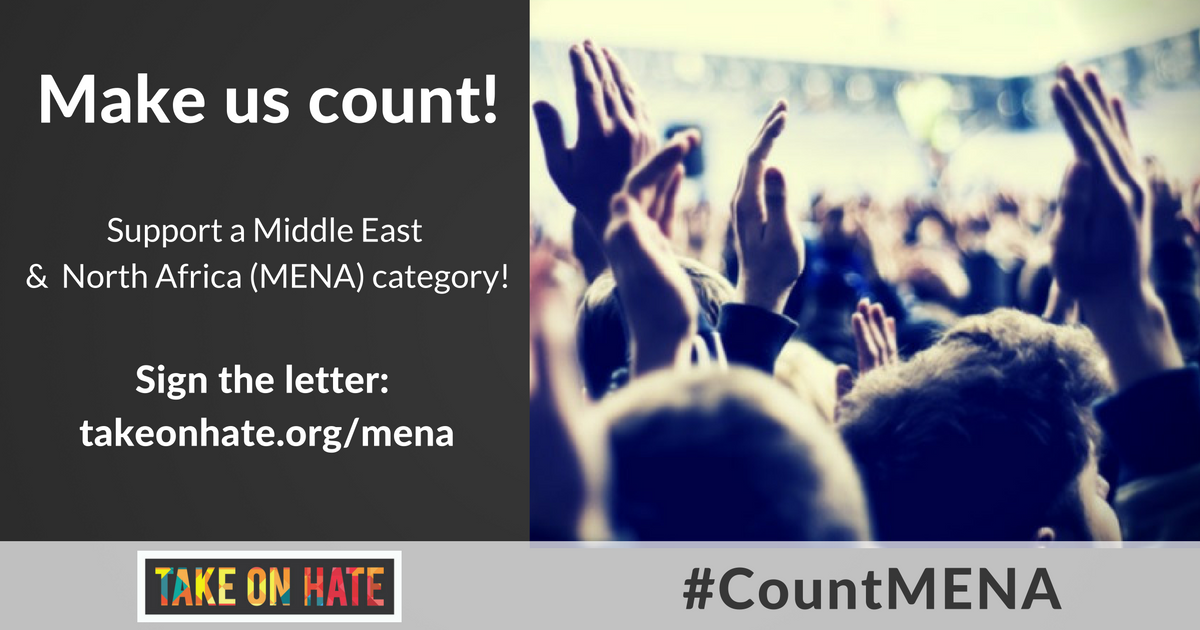 WE NEED YOUR SUPPORT! We are continuing to push for the inclusion of a Middle East and North Africa (MENA) region category in the recording of federal data. Do your part by signing and sending our letter (see below).

This category would be especially helpful in the U.S. Census, which currently does not count Americans of Middle Eastern and North African descent. The Federal Register has already received thousands of comments in favor of adding the classification. In 2015, over 4,000 letters were sent through the National Network for Arab American Communities (NNAAC), in support of testing the MENA classification for possible inclusion in the 2020 U.S. Census to finally give Arab Americans and other groups their own category.

NO COMMUNITY SHOULD BE INVISIBLE.

Now, we are asking you again to support our efforts to provide the Office of Management and Budget (OMB) with written comments and recommendations on including the MENA category in its standards for maintaining, collecting and presenting federal data on ethnicity. These comments must be submitted by Oct. 29, 2016.

Your opinion matters. Currently, Americans of Middle Eastern and North African descent are not counted in federal data, and must choose to define themselves as Black or African American, White, Asian, Native Hawaiian or other Pacific Islander, or American Indian or Alaska Native. With a MENA category, our communities will be able to identify along new ethnic terms and, in addition, specify which subgroup or nationality they belong to. We believe this step is essential in improving the data collected on and the standing of our communities. Benefits of having a MENA category include: