High school students in New York City recently joined the Campaign to TAKE ON HATE and learned what they could do to be a part of the movement through the Arab American Association of New York.

Students at United Nations International School were introduced to and joined the Campaign (as seen in the photo above).

To prepare to TAKE ON HATE, students at International High School - Union Square discussed and role-played situations of hate and discrimination in a special workshop (as seen in the photos below). 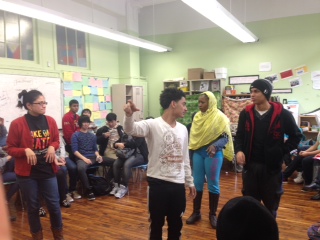 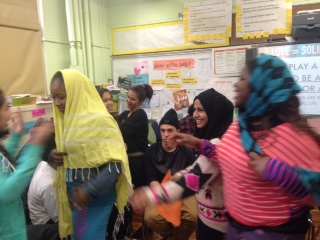