Stand with the LGBTQ community in Orlando, Detroit and wherever you are

Let’s stand together against hate and violence. Let’s honor the lives lost and altered forever and support the LGBTQ community through positive action. (Read our full statement here.) We encourage you to find a vigil or community gathering in your area and show your support for the LGBTQ community.

For those of you in Michigan, we ask that you join TAKE ON HATE at a vigil for Orlando at 7:30 p.m. on Tuesday, June 14, 2016, in Ferndale. The vigil is organized by Affirmations, a community center for lesbian, gay, bisexual and transgender people and their allies. Click here for details.

For those of you in Washington, D.C., join TAKE ON HATE and our allies at the National Domestic Workers Alliance | La Alianza Nacional de Trabajadoras del Hogar for a vigil for Orlando at 7 p.m. on Tuesday, June 14, 2016. The vigil will follow a convergence of thousands of women leaders in the Capital for the White House "United State of Women" Summit. Click here for details.

For those of you who are elsewhere across the country, find a space where your community is gathering and stand together in solidarity to demand an end to hate.

For those of you in Florida, there will be a vigil in honor of the Orlando victims at 6:30 p.m. on Monday, June 13, 2016, at the Dr. Phillips Center for the Performing Arts in Orlando. TAKE ON HATE and the Arab American Community Center of Florida are encouraging the Arab American community and all communities to attend. Details in the flyer below.

For those of you in Michigan, we ask that you attend a vigil in honor of the Orlando victims at 6 p.m. on Monday, June 13, 2016, in Clark Park (1130 Clark St. Detroit MI 48209). TAKE ON HATE will be attending with local community organizations, including Michigan United and ACCESS, and faith leaders to stand for unity. 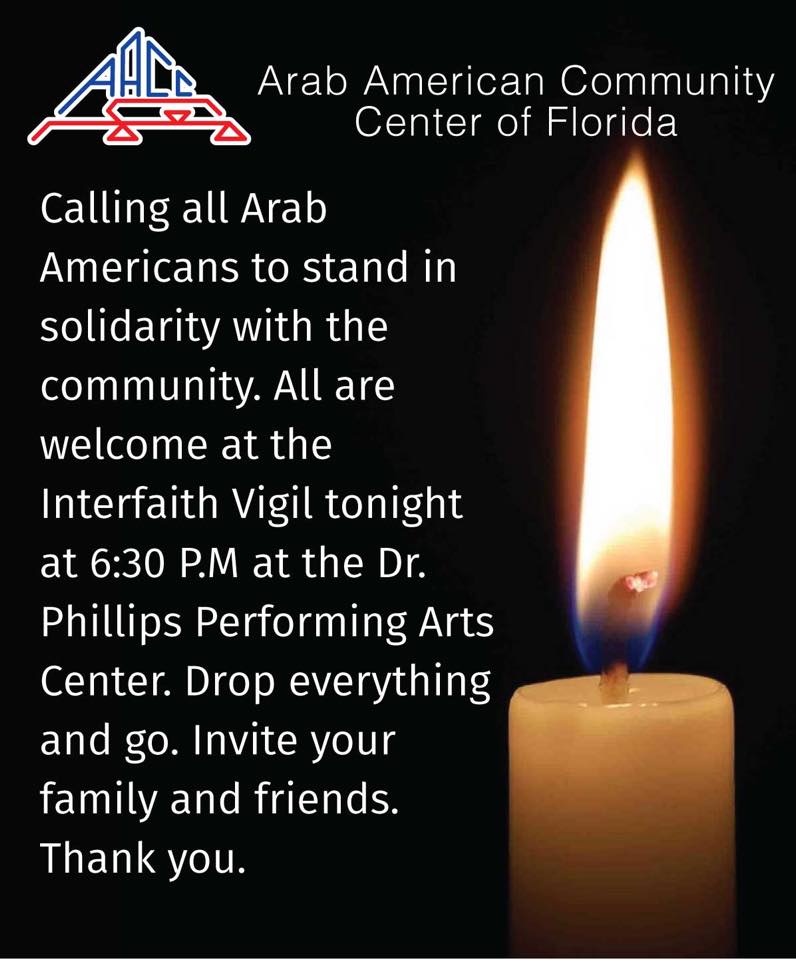 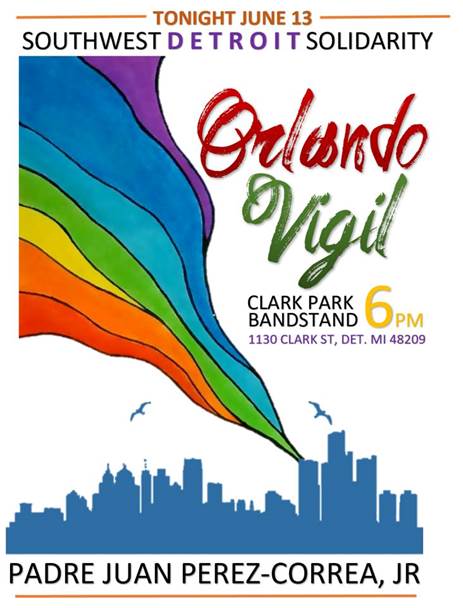