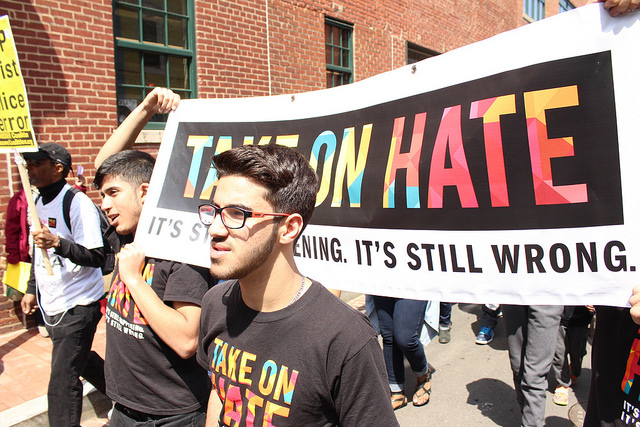 Recent remarks by public figures inciting hatred and fear of Muslims based on their religion are fundamentally unconstitutional and simply un-American.

These remarks, which include suggestions to create a database of Americans based on their religion, barring Americans from traveling because of where they worship and refusing entry to any and all Muslims into the U.S., are a sign of the troubling times we are in.  It is deeply disturbing that America, a country of freedom and acceptance, is a place where such high profile individuals are given a platform to spew ignorant and bigoted ideas.

It is almost impossible to fathom that in this day and age, 70 years after we defeated the Nazis and 51 years after passing the Civil Rights Act, some political leaders are debating whether the millions of Muslim Americans—who are your neighbors, friends, doctors, mechanics, small business owners and teachers—are actually a secret enemy in our midst.

We cannot allow the humiliation and ostracism of Muslims to continue. A threat to one group's civil liberties is a threat to us all. Now, more than ever, we must come together as a country to uphold the ideals of equality and liberty that our nation is based upon. The extreme targeting of our fellow Americans must end.