The Campaign to TAKE ON HATE is deeply disappointed by the decision of the City of Sterling Heights Planning Commission to deny the construction of a mosque in the area, and condemns the anti-Muslim hate displayed by protesters during the meeting last night. The vitriol against Muslims spewed by some protesters after the meeting was hateful, of grave concern and deeply un-American. 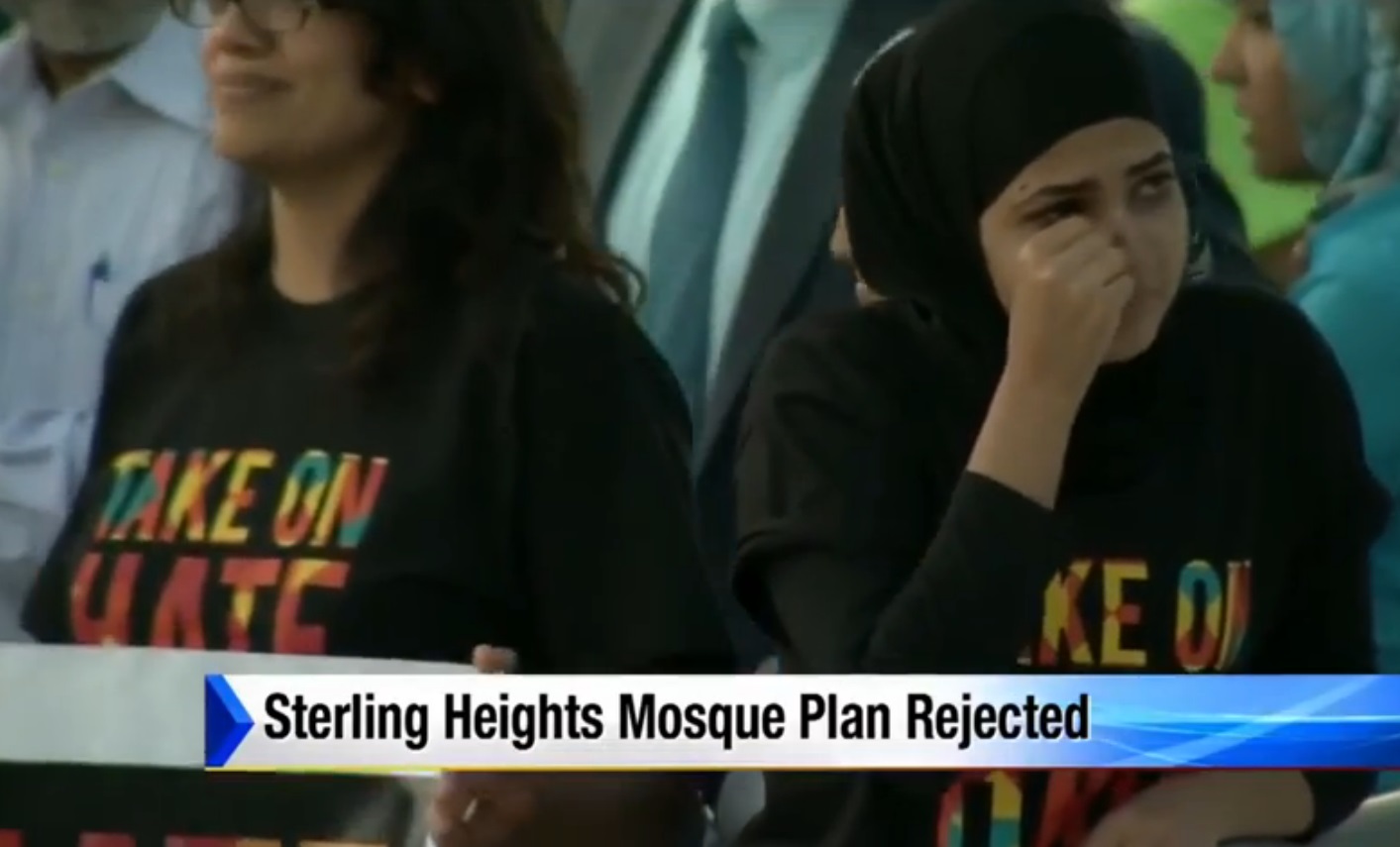 The commission’s decision at the meeting on Thursday, Sept. 10 against the construction of this mosque is disturbing and frustrating.  We believe the decision to deny the mosque was politically motivated and unduly influenced by the bigoted, anti-Muslim expression of hate from those opposed to its construction. Furthermore, this decision against the mosque perpetuates divisiveness between Muslims and Chaldeans in the region.

TAKE ON HATE is even more distressed by the groups who have used this opportunity to express hateful, anti-Muslim bigotry. TAKE ON HATE representatives attended the meeting and chanted with supporters of the mosque “We love you” to the crowd of protesters. They were met with slurs and deeply disturbing, Islamophobic rhetoric. Anti-Muslim comments were first made at a city council meeting on Aug. 18 regarding the planned construction of the mosque and have continued on social media, at protests and in the press.

TAKE ON HATE will be advocating for the U.S. Department of Justice to intervene in the planning commission’s decision to deny the mosque. Stay tuned for more information on this action item.