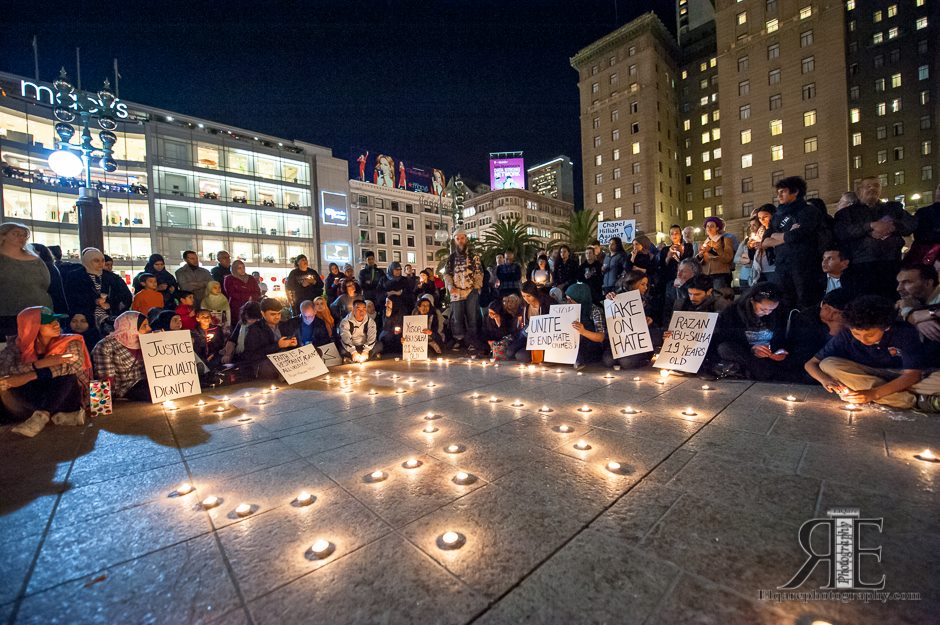 In the wake of the tragic and disturbing murder of three young Arab and Muslim Americans in their home in Chapel Hill, N.C., the Arab Cultural and Community Center — of San Francisco, Calif. — as part of the nation-wide Campaign to TAKE ON HATE, acted quickly to organize a candlelight vigil to mourn the loss and honor the lives of Deah Barakat, Yusor Abu-Salha and Razan Abu-Salha.

The vigil was held Feb. 12 at Union Square, in the heart of San Francisco, where 300 people of all faiths, ages and ethnicities gathered together to mourn and honor these three young lives and stand together against hate, violence and bigotry. For over an hour, people gathered to express their grief and shock, listen to and share personal stories of discrimination, and voice ideas for mobilizing our communities to protect, heal, and advocate for ourselves. The ACCC also worked with its partners to organize a guided community conversation as a follow-up to the vigil to open up a community space to address issues of racism and violence in and across our community and other communities of color.

The local ABC News station reported on the vigil and a live stream video archive of the night was posted online (see below).