TAKE ON HATE strategist on BBC News: Islamophobia has long history in US

Islamophobia is not a new phenomenon, according to the Campaign to TAKE ON HATE's Senior Strategist Khaled A. Beydoun. Beydoun, an assistant professor at the Barry University School of Law and an affiliated professor of the University of California-Berkeley Islamophobia Project, wrote for BBC News Magazine about Republican presidential candidate Ben Carson's comments against Muslims in politics and their roots in a long-standing tradition of suspicion toward Muslims. 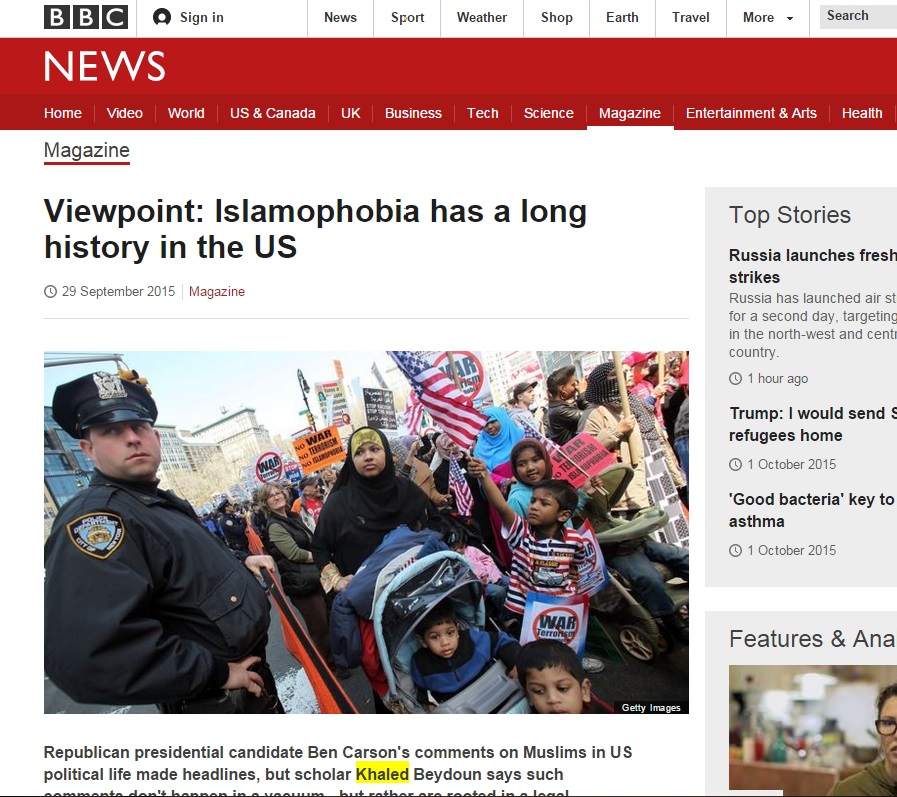 From the op-ed article:

But Carson's statement was neither an isolated nor novel attitude. In June, a poll by Gallup found 38% of Americans would not vote for a "well-qualified" Muslim presidential candidate.

The root of his comments are found both in America's legal history and today's policing of Muslim communities.

"Islamophobia" is what it's called today. But the rising fear, hate and discrimination that currently threatens eight million Muslim Americans stems from a long and established American tradition of branding Islam as un-American, and demonising Muslim bodies as threat.