The individuals selected to the Trump cabinet express inherent opposition to the core American values of equality and justice. This dangerous group supports policies that intend to demonize, vilify and criminalize Americans, including those who are Arabs, Muslims and immigrants or refugees. We must remember that a threat to one community’s civil liberties is a threat to all. The U.S. government must respect and protect all Americans and not unethically exclude certain communities.

Follow our #TakeOnHateWithTruth campaign on social media (Facebook, Twitter, Instagram), or below, where we are sharing the truth about the Trump cabinet and administration's distortion of our American values and principles. We are also sharing ways you can take direct action.

Our American values are in jeopardy when they are used in an exclusionary way. Protect your civil liberties. Take the first step and join the movement. 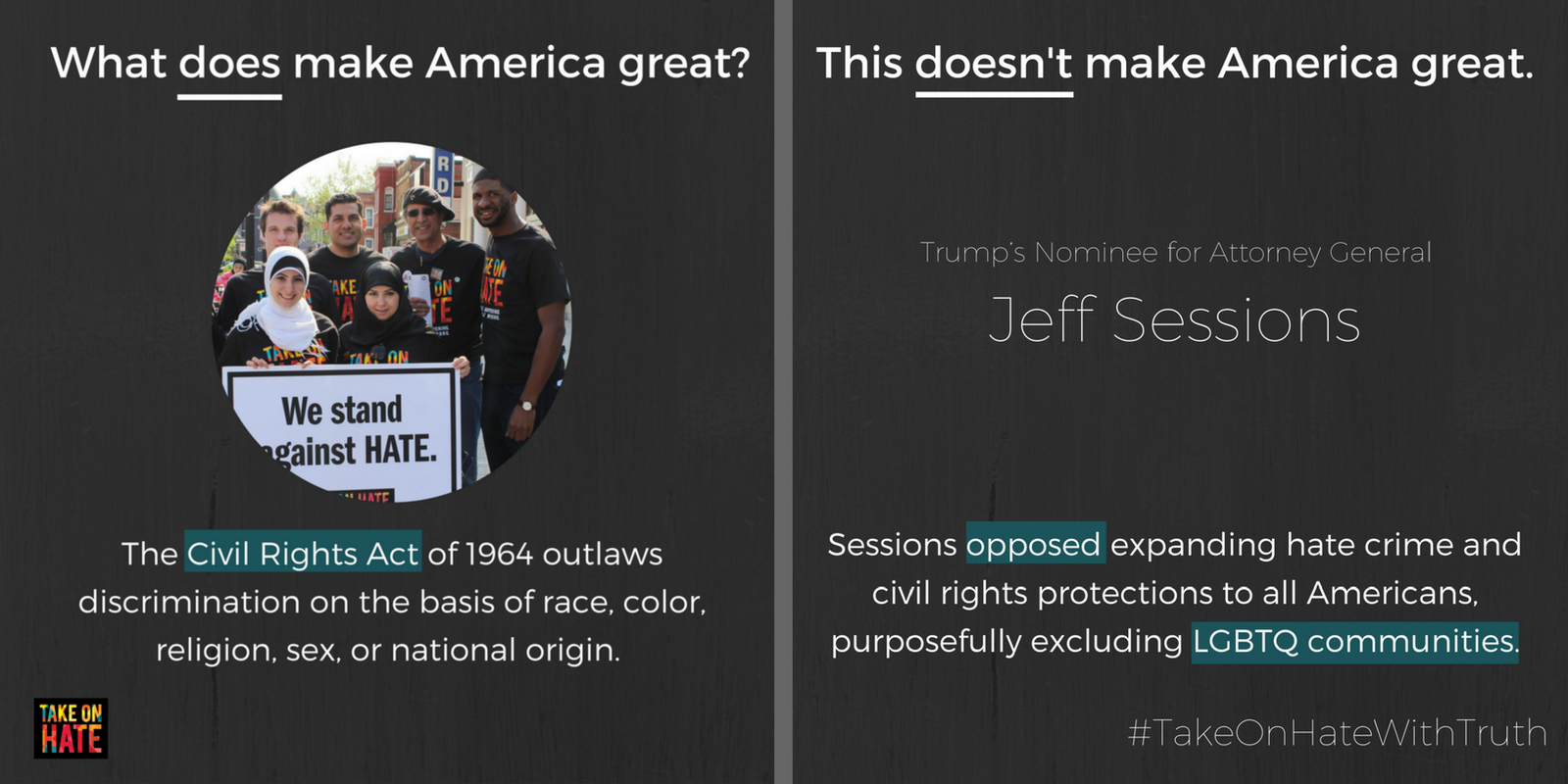 Action: Call your Senators to tell them to reject Jeff Sessions' nomination for Attorney General. 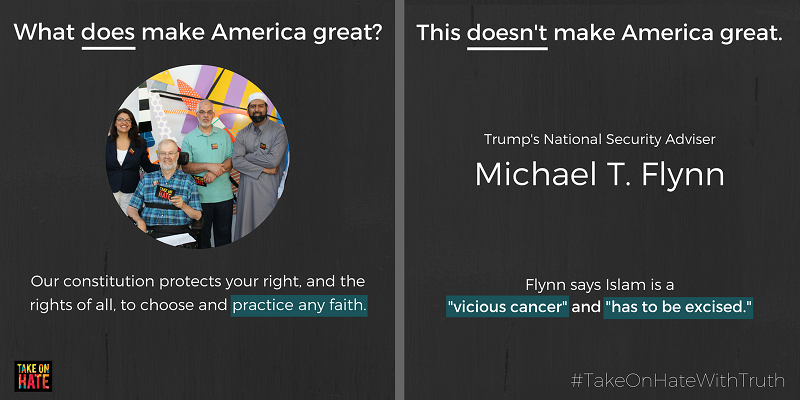 Action: Call your representatives to tell them to reject Michael T. Flynn as National Security Adviser. 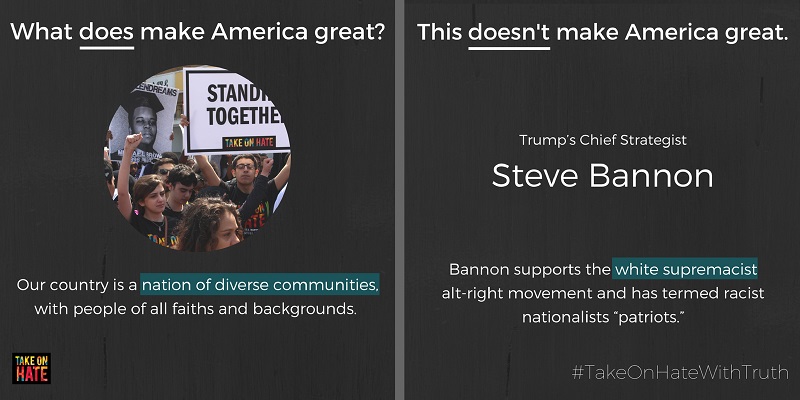 Action: Have your city pass a resolution to TAKE ON HATE and commit to calling out hate and discrimination in your communities.

take on hate with truth